Owning the breakdown, finding my ‘dawn’ 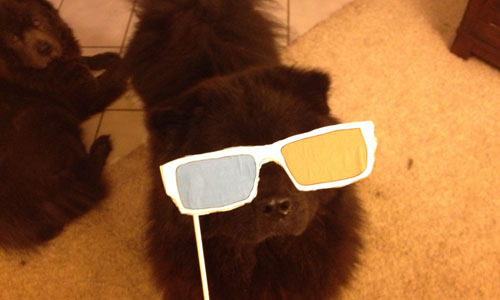 I’m putting up a photo of Beau, if only because this will be a really serious post. At 3:30 p.m. today, I was cleared to return to work.

In many ways, I’m relieved. In others, I’m petrified. As much as I’ve been working toward this for the past few weeks, I’m incredibly scared about what this all means.

Earlier this year, I was sitting in an afternoon news meeting as we were talking about one of the high number of homicides that had happened in Stockton, and I suddenly couldn’t move. My chest became tight. I didn’t feel as if I could talk. I had to look at a coworker to zone out of it. Otherwise, I fear I would have had my breakdown much sooner than October.

I went to my doctor. I told him what had happened.

I had the classic symptoms of a panic attack. Moreover, mood swings I was experiencing and an inability to concentrate at work, were signs of something more. Depression.

I was prescribed Zoloft to help me “level out.” And everyone told me not to talk about it. At all. Don’t write about it. Don’t blog about it. Keep quiet.

Why? Because mental illness carries with it a stigma. People will think I’m “crazy,” people told me.

“People don’t talk about that stuff in public,” another person said.

This has been a big topic that’s been in the news a lot this past week, as mental health professionals talk about the need for more options (and consequences) due to the Sandy Hook school shooting. It’s true, many people don’t consider mental issues a disability. And where I live, there are very few options for mental healthcare. My previous doctor told me to “find someone to talk to” without recommending anyone. I’m thankful that my current doctor recommended an amazing therapist to me.

Then a string of thing happens that threw that all out of balance.

After nearly four years in the same desk, I was moved across the room at work to a highly-trafficked desk. My seat faces toward a main passage way from one side of the newsroom to the other. Nearly everyone passes me before and after they go to the bathroom.

And they want to talk. All the time.

Add on that my desk has a counter and suddenly “my stuff” is no longer my own. I have a Magic 8 ball (that is slightly broken because it rarely, if ever, lands on an actual side with a fortune) that seems to attract people. It’s on my desk, but they pick it up. When I moved, more and more people started doing it. They also “borrowed” pens. And books. Then they decided to play with my desk monsters, a group of stuffed animals I’ve had forever.

Plus, that counter is where everyone puts food. So not only did people stop and talk. They also stopped and grabbed my stuff. And they stopped to eat.

Anytime a food item showed up on that counter, people asked me where it came from. Most the time, I didn’t know.

Along with all that, people constantly walked by and “tapped” the counter. This was also a constant.

Sound petty? Fine. But these little things kept compiling on top of one another. New food would show up. An item would be picked up. I tried to embrace it. This would be good, right? Change is good, no? For me, change was not good. Every little thing became a magnified distraction. I tried noise-cancelling headphones. That didn’t work either.

I tried repositioning my computers to create a “great wall of technologically” and that didn’t work either.

Then, after months of waiting we were given new computers right in the middle of football season, our highest production time of the year. On average, we put through four to five videos a week during football season.

But the computers came. And there were no “instruction guides.” Instead, I was told by one person to “Google it.” As the leader of a department with only two people (myself included), I had to figure out how to transition onto new machines, with a completely new video editing program seamlessly.

There’s much more to it then all this, but needless to say, blow after blow kept coming my way. I was already anxious. And depressed. All these things (in addition to some others) sent me over.

I left work on Oct. 25 crying. The tears started in the newsroom. I couldn’t hold it together as I left the building. By the time I hit the gate, it was full-on waterworks. Everywhere. By the time I finished my 20-minute drive home, I was covered in tears. I don’t even remember the drive home. My heart was beating fast. I couldn’t breathe. I barely could call my husband and tell him what was happening.

I tried to change into my workout clothes. I kept thinking “if I can just get on the treadmill, I’ll be OK.”

Instead, I went into a paralyzing frenzy in my closet. I yelled. I flung. I didn’t want to be touched.

My mom came. Within an hour, I was in a hospital be where I was apparently repeating “I don’t know who brought the damn granola bars” until I was given Ativan. The next day, I cried all day. It was a battle to get up and going the next three weeks. Some days it took me literally an hour to leave the house. Some days I didn’t leave the house at all.

I wanted to disappear.

I’ve spent every week since then in therapy. And you know what? I want to talk about it. I don’t want to hide it or act like it didn’t happen.

I have to own what happened to me. I have to work through it.

There’s no “cure” here. There’s no magic pill that will make me all better.

But damn it, I’m not hiding it because everyone wants me to. I’m not going to hide it because it makes people feel uncomfortable. I had a breakdown. It sucked. I cried. A lot. I hated everyone. I refused to leave my house. I fought demons that I never thought I would before. I’ve been to hell.

The Florence & the Machine song “Shake it Out” says “it’s always darkest before the dawn.”

I’m still working to find the dawn. But now at least I know the light at the end of the tunnel isn’t hellfire (unless you believe Dec. 21 is the end of the world) or a train coming at me. It’s something I’ll eventually get to. In time.