Going streaking? Or not? 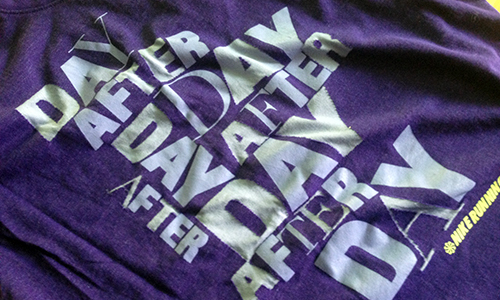 Today is the official start of the Runner’s World Summer Run Streak. The magazine, and bloggers across the country, are challenging everyone to run at least one mile every day for the next 39 days. I have to admit, I’m always a little tempted by this sort of challenge.

But I never partake. I’m too commitment prone to do so.

I have a deep-seeded loyalty in me that means I often give people, places, things, jobs even, too much of myself before I decided enough is enough. I never thought I could be “loyal to a fault.” This year, I learned that could be a “thing.” I’m way too loyal in some situations. My running is one of those things.

STICKING TO THE PLAN

My runs are set up specifically through the week to help relieve stress and anxiety while still keeping me active and healthy. I have a pretty regular, albeit boring, plan.

Monday: Tempo run for an hour (usually 5 to 6 miles)

Tuesday: A very steady six miler (at race pace if I’m training for a race)

Friday: Rest (OK, this used to be my core day. Since my January surgery, I’ve been having a hard time making that happen again.)

Saturday: Tempo run anywhere from an hour to an hour and a half

I’ll be first to admit I don’t run every single day I plan to. My Sunday’s are pretty consistent with the long runs. Mondays are never a problem.

But I deviate from the path sometimes.

When I do run, I HAVE to run the specific run I’m supposed to run on the specific day. So much so that my running buddies know Tuesday and Thursday are “running” days for me. Ask me to do something different (another workout video included) on those days and the answer is usually no.

I can’t run just a mile. A mile in, my endorphins are finally settling and I’m starting to calm down as a runner. Anxiety can make or break that first mile for me. It’s incredibly hard for me to get out the door or hop on the treadmill without my mind going to worst-case scenario. (Again, anxiety is fun folks. SO FUN.)

I need my rest days.

In being enticed by these “streaks” I stumbled across many runners who had “been there, done that” and came out OK. My favorite post is from No Meat Athlete where he actually lists all he learned from a 50-day run streak. Even if his post doesn’t sell me on running for 50 days straight, I love it. I love that he actually analyzes all the lessons learned in those days.

At some point I’m going to do a blog post on the “what works for me, doesn’t work for you” concept.

Today, I’m declaring rest days essential for ME. Maybe not for other runners, but definitely for me.

The gallbladder removal at the top of 2013 killed my mileage for January. It also made me re-evaluate myself as a runner. I ran more than 1,200 miles in 2012. It was an epic, record year.

I’m not on track to do that this year. I’m not forcing myself to run when I don’t feel my legs can handle it. I’m giving myself more rest days. 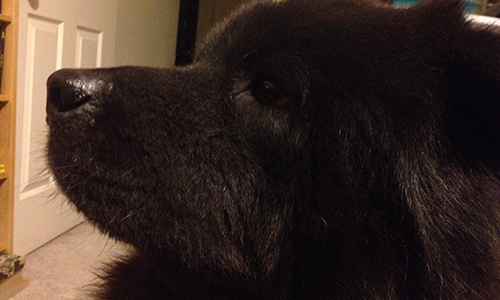 It also means I get to spend more time doing the important things in life, like hanging out with my dogs. Beau appreciates it.

I’m pulling back. And I’m running better for it. To me that’s huge. After three years of trial and error, I’m finally able to understand why this works for me. My body is just one of those bodies that needs extra rest to recover from the pounding and fatigue from running too many miles.

NO LACK OF MOTIVATION

This is the biggest reason I haven’t jumped into running a streak. It’s touted as a way to get runners past the doldrums of summer when you’d rather eat large quantities of food at outdoor barbecues than lace up the shoes.

I don’t need that motivation. At all. I’ve never once cancelled a run because my husband and I want to go to a barbecue or hang out with friends. Instead, I restructure my schedule. I become a morning runner. It’s a lot harder than it sounds.

Yesterday was a case in point.

We spent more than seven hours hanging out with our good friends at their house. 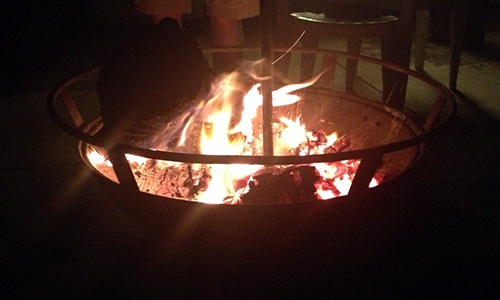 So I ran in the morning. Eight miles. I adjust so I don’t have to choose.

I have multiple races I’m signed up for that mean not training is not an option. Despite the heat, summer actually turns into my best running season. I can rack up miles upon miles just because my obligations are so much less during the summer months (no school).

I don’t need the extra push.

IS IT EVEN GOOD FOR YOU?

That’s a question I can’t answer.

I can’t run every day for a month, let alone 39 or 50 days. It’s true I haven’t tried it, but I think I would overdose on running just enough to not make it fun anymore for me. Again, this is my personal preference.

I have friends who’ve done these “streaks.” When I mentioned I was toying with the idea of doing a run streak a couple years ago, a friend told me I would kill my joints and probably burn out before I ended the streak. I love that streak running has it’s own organization, the United States Running Streak Association, that has an article about “The Dangers of Streak Running.” Except once you read it, it doesn’t sound so dangerous if you just practice common sense.

But I’ve also seen the question come up on multiple forums recently with links back to the Runner’s World streak. The popular answer is that it’s up to you. You decide if it can work for you. You decide if you want to or need to streak.

For me the answer continues to be no.

Tags: running everyday, sreak running, streak
From: Health, Running buddies, The Long Run, Training
← A view from the water
What do you when Kara Goucher signs your race bib? →