This is not an official race report, though one will come. Instead, I’m excited to share some very amazing Portland moments for the time being. There was so much to see and do in such a short period. We were in at 11 a.m. Saturday and flew out the next day at 5:20 p.m.

A quick trip, but an epic one too. 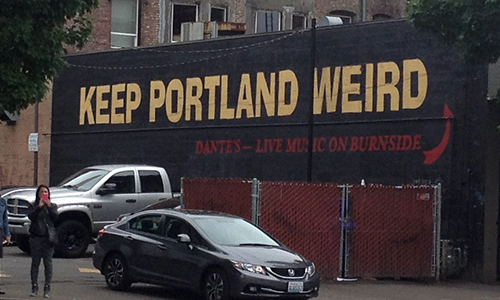 We used public transportation to get around most of the city, but did a lot of walking, which meant we were warmed up and ready for the run. The sites were stellar. We definitely saw a lot of interesting things. We walked by Powell’s Bookstore a couple times. It was packed.

We saw numerous “signs” that made me want to snap photos. Too bad I didn’t have my phone out for many of them. 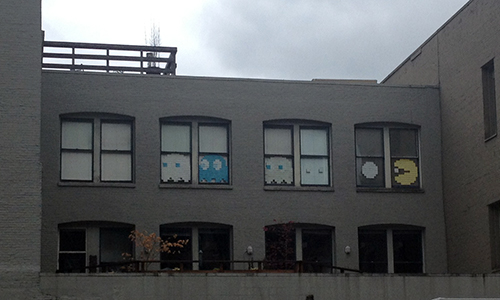 And Portland is certainly one of the quirkiest places I’ve ever been. It was my first time in Oregon and while we didn’t get to stay that long, by the time we were finished we kind of knew our way around. At least enough to get us back to the airport.

Our hotel was less than a mile from the start line. It was all about old Hollywood. 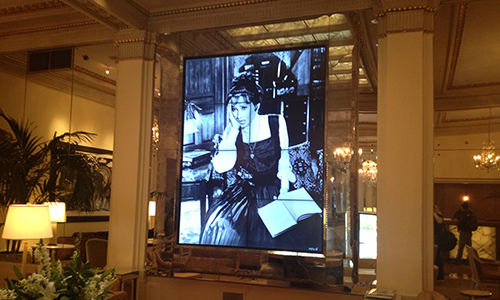 That was the rotating photo display that greeted visitors in the lobby. The room was really, really tiny. Kind of uncomfortably tiny for two people (to be fair, when Sam booked it she didn’t know I was going too, so that’s acceptable). We had to ask multiple people, three different times if we could get a late checkout.

They finally agreed and we got to shower before heading to Voodoo Doughnut, which will eventually get it’s own post and then do a mad dash to the airport to head back to Oakland. 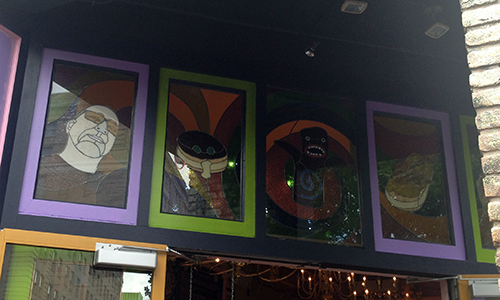 A sneak peak, above, at the awesomeness that was Voodoo Doughnut

The best part of this whole trip? I went into this run saying it was going to be a solid training run for the Rock ‘n’ Roll San Diego Half and See Jane Run in coming weeks. I walked away from it with a new personal record. For the second time in three months. 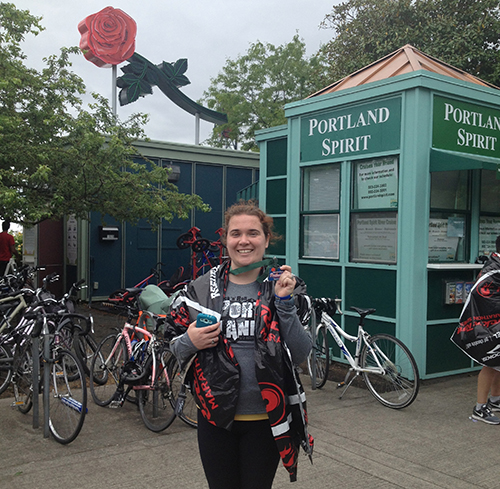 I ran a 2:19:23. I broke 2:20 in a half marathon. Finally. I knew I was so close to it as I came down the final stretch. I booked it to the finish. I don’t think I’ve ran as fast as I did since I played soccer in high school. I flied to that finish.

After I get caught up on some freelance work and finally get my thoughts settled, I promise a more detailed race report. One with all the details about travel and how awesome the run was. I think, by far, this was my best pre-birthday weekend ever.