Two half marathons in two weeks 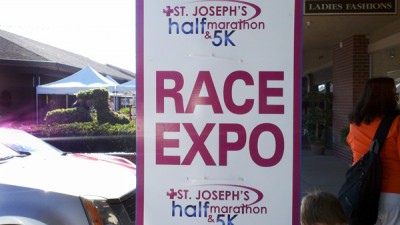 I didn’t sleep well last night. I haven’t been sleeping well at all really. Last night, though, was pretty bad. I woke up four or five times. I ended up taking a nap at midday. It was a good thing I woke up early, though. I had to drive to Stockton and pick up my race number and packet for my second half marathon in a two week period.

I signed up for the St. Joseph’s Half Marathon because it’s a local event. I’ve run so many races outside the area I live (mostly in the Bay Area) that I figured I should probably give back to the community I work in everyday. This race was an especially easy choice because it supports a program at the college I teach journalism at.

What I didn’t realize was how tried I’d be after the Nike Women’s Half and three weeks of swimming. My legs are sore and tired.

I ran two miles on the treadmill on Friday and felt as if I was dying.

I’m not 100 percent sure I’ll be competitive during the race. I heard of a bunch of people say they’d be walking it. I don’t want to do that. Thomas and I already after afternoon plans so i need to finish in a decent time frame.

I’m using this more as a training run since I have my nice new half PR from the Rock ‘n’ Roll San Jose Half earlier this month.

So I stopped by the Stockton Fleet Feet store, which recently moved to a new location. 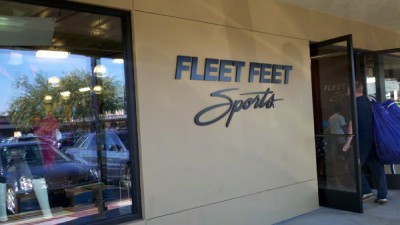 I have a love/hate relationship with Fleet Feet. I love what I can buy there and all the supplies available. I hate the money I spend there. And I usually end up spending a lot. I went in today for my race packet and came out with a new pair of Zenzah compression sleeves for my shins. I am definitely planning on wearing them tomorrow.

It didn’t take long to get my number (which is three digits and scares me because I’ve grown accustom to larger races, small races are so lonely) and was given my reusable bag (with nice printing on it) and tech shirt. 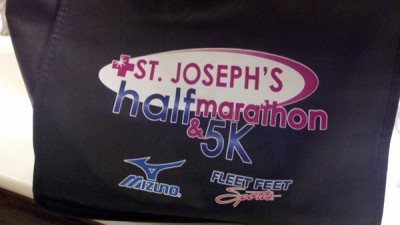 I also got a running vest, which is a little large. I’ve never wore a running vest, so I’m not 100 percent sure what the purpose of one is. I think it it had pockets I’d be more in love with it. I do like the reflective nature of it, though. 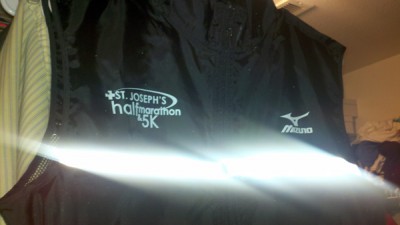 The line at the register to buy the compression sleeves was long, but I waited it out. There were a lot of people crowding to get the cards they were handing out to get signed by vendors for a chance to win a heart-rate monitor. I passed, if only because I already have a heart rate monitor (with my Garmin 405CX) and I needed to get going and get a lot of errands run.

The expo was on the brick walk outside of Lincoln Center in Stockton. And it was a nice day, so there were a lot of people checking it out. 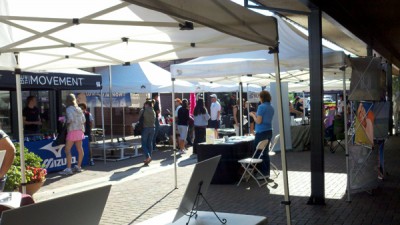 So I grabbed my packet and left. I’m washing my running clothes for tomorrow right now in hopes of laying everything out for tomorrow.

I don’t have high hopes for a solid half. I’m really hoping to just hold everything together. And, more than anything, I’m hoping I wake up tomorrow and really want to run.

But I think my body is physically exhausted from all I’ve been doing lately. I think I’m pushing myself a little too hard lately. It’s showing in the quality of my runs.

So after this half, I’m not running another race half until Big Sur on Nov. 20. That gives me some recovery time. But I have an 18 and 20-miler to do in between this and that too.

We’ll see how this goes.

Tags: half marathon, Race expo, St. Joseph's Half Marathon, training, training runs
From: Expo, Races
← New swag
A DNS on the half →