Juxtaposing the negatives with the positives

Some days you wake up and just know that it’s not going to be a good one. The day just takes on a certain “air” to it. Today was one of those days, for various reasons.

Today was the first day since I left my full-time newspaper job that I was genuinely frustrated. More frustrated than I can even relay. See that face? That’s what I looked like at 6 a.m. this morning when I realized that a name server propagation that I started the day before still wasn’t showing up for me. The good news is that my boss could see it.

So could the client. But any necessary changes would be completely unseen by me.

The site turned out to be fine, a beautiful culmination of four-months of work. It was one of those issues, the first in a long time, I had to admit was completely out of my control. I couldn’t make anything happen faster. I did everything correct. It just wasn’t showing up for me. Hence the 6 a.m. wake-up call for me.

And, yes, those are my running clothes. And my husband has a Samuel Adams mirror. My new “schedule” lately has been waking up early, working for about three hours, then heading out for a run before it hit the triple-digit temperatures we’ve been getting in Northern California lately.

As I was trying to navigate through all of that, I also remembered that today was the day I should be checking my email for word from Nike about random-draw entry into the Nike Women’s Half Marathon. A huge group of ladies from my running club signed up, and a man or two. I’ve mentioned before my luck over the past two years.

This year? Not so much. 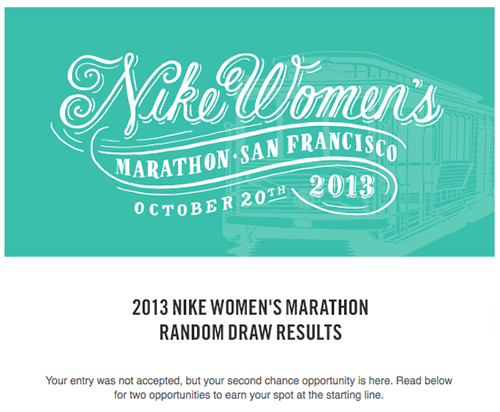 As much as I wasn’t surprised and slightly relieved that the $175 race fee wouldn’t be deducted from my American Express, I was really sad for the women in the running club who wanted this to be their first half marathon.

And it’s still kind of a bummer. But it, essentially, solidified my race calendar for the rest of 2013.

But as much as I wanted to rebel against the Nike random draw and say “buy all the Lululemon things instead” (one of my friends did that, apparently, I like that idea), I realized that the positives in my running life and my life in general are completely outweighing the negative.

Sometimes you need to be reminded about things like that. These are the things I’m thankful for right now:

Today marked the fourth (or fifth?) site that I’ve helped launched that I’ve worked on. And this one was MASSIVE. I spent an enormous amount of time on it over the past few months. When a site finally goes live, there’s just a feeling that encompasses both relief, but also great satisfaction that I did something amazing.

I’m thankful that I’m back to growing in my work and learning new things every day. 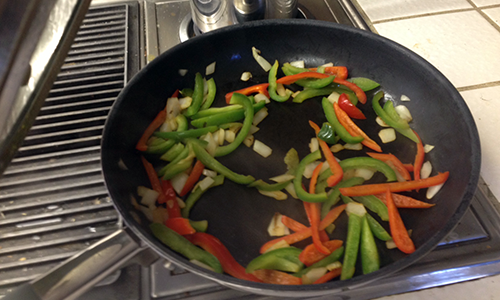 I didn’t make mention of it here, because I was still a little unsure of making a commitment, but about a month ago, I decided that my husband and I were no longer eating quick-pasta meals, frozen pizzas or anything that came out of a box in our freezer. At least for dinner.

I’ve had some severe stomach issues in the last two months, thanks to my missing gallbladder (which I still, for the record, don’t miss). I’ve had to trim down even more from what I was eating even two months ago. My body is rebelling.

Since I’ve cut out a lot of processed things, that’s stopped. Unfortunately I can’t cut down on ALL processed food. My husband doesn’t support that diet. He should, but he’s a spice-it-up-and-cook-it-to-taste-good-even-if-it’s-not-all-that-healthy guy. That said, I realized in the middle of my site launch last night that I hadn’t yet eaten dinner.

I buckled and went to McDonald’s. I immediately regretted it. And my stomach made me very aware it was not happy. Back to real food. 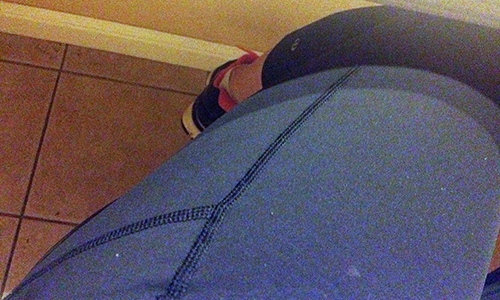 Ignore my slightly-dirty running clothes. That’s my ever-offending left hip that’s been giving me problems. On Wednesday, I ran seven miles in the morning. Then I went out to Mountain House and ran three with my running club. I even kept pace with the lead runner.

My leg wasn’t screaming at me at all. In fact, it felt nice to get out and run a faster, stronger pace. That was my longest-distance day of the week. I realized that I’m oh-so-close to 100 miles, which I’ve told myself repeatedly isn’t my goal each month.

But with two days left, I’m eight miles away. I’m not feeling bad. I’m running well. And the stupid hip injury may have just been a symptom of pretty significant overuse (someone remind me not to book five races in a two-month period), instead of something more permanent.

I’m keeping my paces mostly slow, but if I can keep going at this rate, I should be able to pick the pace back up in a week or so. 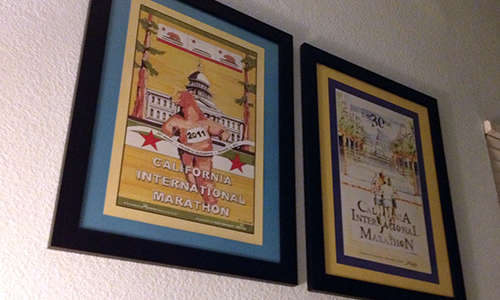 Most people run Nike for a necklace. I’ve run it the past two years because I wanted to challenge myself. It’s a tough course. It’s a beautiful course. But it’s not the only San Francisco-based run that goes along that route.

In fact, the first half of the San Francisco Marathon covers nearly an identical route, except in the last couple miles.

The necklace is a nice touch. It’s a beautiful gift. But both my Nike Women’s Marathon necklaces aren’t exactly my favorite necklaces ever. I have a roman numeral 26.2 necklace that I love more. I’m more afraid of losing my Nike necklaces than anything. So I don’t wear them often.

I would have been excited if I got in. But the price increase this year kind of turned me off.

But you know what? I’ve run five marathons. In August, I’m running my 20th half marathon.

“I didn’t get in,” I pouted to my husband earlier.

“Boo hoo,” he replied back.

As much as I’d love to get a reprieve entry and, maybe, run it, I’m good with the wait until next year. No running over to the Nike Facebook page and complaining about how unfair it is. No crying. No regrets.

It’s just another race. Two years ago it meant the world to me, because it was the one race I saw myself doing that crazy first-year of running half marathons. I’ve been lucky enough to run it.

I’ve mentioned before how I’ve cut down on races year after year. I think 2014 will include even fewer. I think most people will think it’s for financial reasons, but in reality it’s not. It’s because I’m running better, with not as much stress weighing on me. That’s making embrace running more and really want to put 100-percent into a race. I can’t do that racing twice a month, even if one race is a 10K.

So I’m cutting back. I realized when finishing the San Francisco Marathon that after five marathons, I’m finally understanding 26.2 better. I don’t think 2014 will be the “year of the marathon” like this has turned into the “year of the PR,” but I’m becoming less anxious about the goals I once considered “unattainable.”

Now everything is a little bit more within reach.