37 miles and then the letdown

So, last week was a banner week in my running. I’m not even 100 percent how I pulled it off either. I ran a half marathon on Sunday, which isn’t counted in the numbers.

Then I ran two miles because I was really tired. I made it a mission to run further the next day. Five miles worked for me. Then I just kind of kept building, outside of my no-run Thursday.

I was slated for 15 miles on Saturday. Jeannie and I got 10, which, for our first run outside in a good while, was good enough for me. We’re hoping to do the full 15 this weekend. It’s kind of my last chance for a long run before taper for the Big Sur 21-miler on April 29.

I even had enough energy to go to San Francisco on Sunday night for a social media workshop. 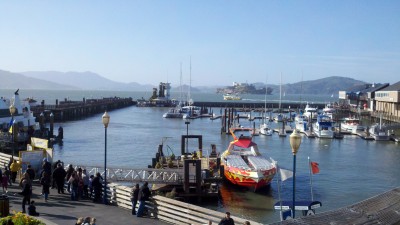 We stopped and ate, quickly, at Pier 39. Then we spent twenty minutes trying to drive less than two miles. And then Thomas had to drop me off at the bottom of a hill, only we didn’t know it was a hill then.

I took a picture of it as I was leaving because walking up it was nothing for me after a 10-mile run on Sunday.

I was so proud. 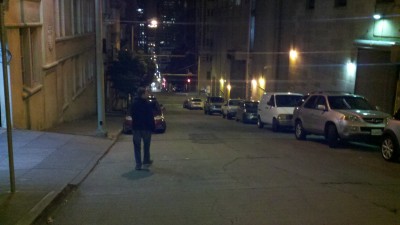 I even took a photo of myself with more of the hill behind me. 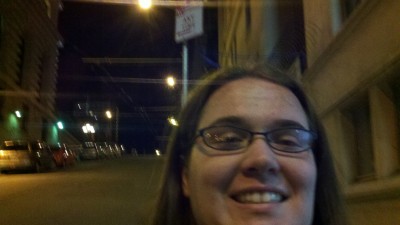 Then the week started. It’s technically spring break for me from school. So I have a little more time to devote to my 40-hour which turns into 50+ hour a week full-time job. Well. It’s weeks like this I forget how I’m able to do both.

I’ve had some personal defeats this week. I ran only five miles yesterday. I’m hoping for eight tonight.

But I found out earlier in the week that my swim school had close, permanently. That means no more swim lessons on Tuesday and Thursdays.

As much as I want to say “well, I can devote more time to marathon training” I know that I also really enjoyed the swimming and I had come incredibly far in a short time. I’m trying to figure out a gym membership to keep going.

But I’m not 100 percent sure I want to do that before the marathon.

It doesn’t help that I’m tired. In the too exhausted to do anything way. When I was paying to swim and someone was actually there waiting for me to show up, I was, well, more inclined to show up.

A pool at the gym? Alone? I’m not sure I want to take that route either.

So I’m not sure where I stand right now after last week’s stellar performance. I need more consistency in my workouts and in my running.

I just don’t know if I have the time for that. Or the will.