Bridging the gap to nowhere 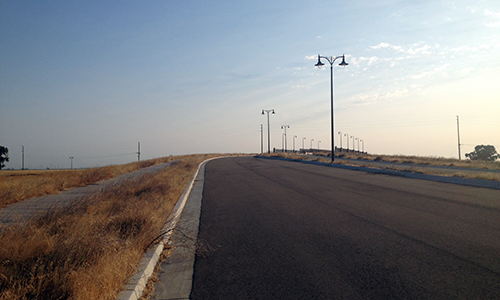 I’ve written before about how I run in a very much “under construction” community. There are a lot of sidewalks that end with bright orange barriers. And streets that exist but haven’t been fully formed. There is also a bridge to nowhere.

At some point this bridge will cross over a main thoroughfare between the city I live in and the community I do most of my running in. But right now, it just kind of exists. In solitude.

You wouldn’t know it by looking at it, but it’s actually the steepest “hill” we have to run in the entire area.

My running buddy Sam and I set out to to two miles worth of climbs, or eight reps. The incline is gradual, but still an incline. We’d push up and then kind of let gravity take us back down. Each rep was about a quarter mile, so it worked out pretty evenly. 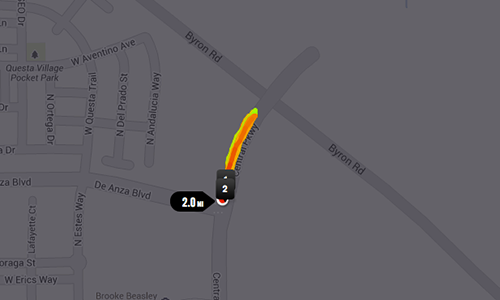 My Garmin was dead this morning. The result of me doing more indoor running, thanks to the bad air quality we’re seeing lately where I live, than outdoor running.

We would run to the fenced barrier at the top, because you aren’t allowed to cross the bridge at all, and then back down. To be fair, you aren’t really supposed to be on the bridge in general. Because it goes to nowhere. You can even see the “nowhere” in the shaded area of the map above.

The bridge just kind of stops dead on the other side.

We finished our reps pretty quickly. It took us maybe 30 minutes, with some breaks in between every couple hill climbs.

It accomplished a couple things. The first is that it conditions us to run up steeper hills, which we don’t have a lot of in our area. The second is that it gave us some “speed work” in addition to the long runs we both have in our schedules. I ran 10 on Friday because I wanted to do these hill repeats so bad.

That’s right. I REALLY wanted to do hill repeats. I’ve known for awhile that I need to add more speed work to my running. Hill training is kind of a nice way to add speed and strength. 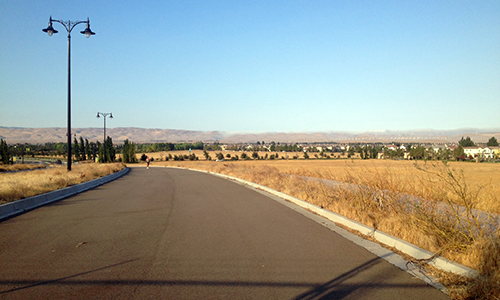 Plus, I enjoyed some nice views from the vantage point (again, the highest in this specific community). This photo was taken on my last uphill, right before I made my way down.

The total moving time for the two miles was 19:53 for a 9:50 per mile pace. Again, we stopped for water every couple repeats, just because even at 7 a.m. it was already getting warm in the valley. Sam said we should do this every week.

Even better is that after two miles of hill repeats, my legs don’t feel nearly as bad as I thought they would. My incline treadmill training is working.