Today was a good day to run 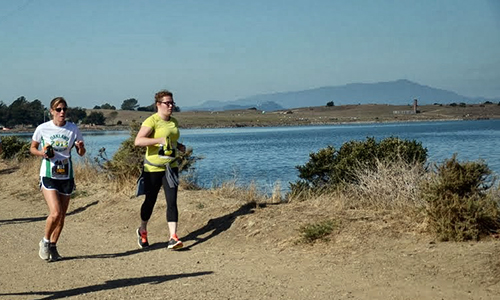 To say running has been a struggle lately might be an understatement. It’s been impossible on most days. In four weeks of scheduled races, I only made it to two. But the two I made it two were like night and day.

Two weeks ago, I ran a horrible half marathon. To make matters worse, my running buddy was having such a hard time with the race that she kept telling me to go ahead. I didn’t want to. As much as I had invested in it, I didn’t feel the need to do run away from her or go on without her. Nope. Wasn’t happening.

So Rock ‘n’ Roll San Jose didn’t go well for either of us. She was trying to keep me at a slower pace, too. If she hadn’t have paced me through the first eight miles, I probably wouldn’t have finished.

So many things were amazing about today. I’ll write a race recap later, and hopefully be back to regular blogging, but a couple standouts included:

The best part, though, was that I ran decently. Not well. Not PR status. But good enough that I feel better about running again.

I haven’t had such a “runner’s high” in quite sometime. But today, surrounded by a group of ridiculously excited first ever “five and dimers” I found a new spark in my passion for running.