Taking on the Sirena 18 a second time 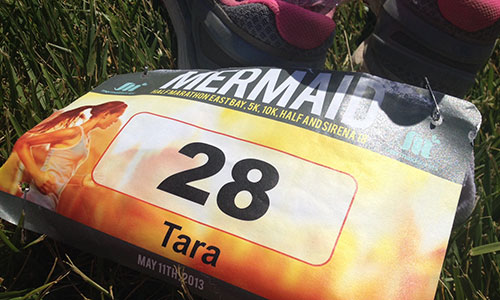 Do you ever have one of those days where you truly love running? I mean not just the running part, but also the sense of accomplishment and camaraderie from other runners?

Running is hard. Anyone who tells you differently is either freakishly athletic or lying. Your feet pound the pavement constantly. Your whole body shakes. You can easily feel worn down at the end. In some cases, you feel broken and beaten.

Confession: I used to feel the later of those things and more after a run.

Recent realization: I’m lucky to be able to finish a half marathon, marathon or any other event AT ALL. Not everyone can do it. Not everyone wants to. But being a runner, or any distance, means you’ve committed to the challenge. Finishing that distance means you did it. All the runners I’ve ever meant say that once they finished that “unreachable distance” they want to keep pushing. They want to keep going. We’re damn lucky we can.

That brings me to the Mermaid Series Sirena 18. By far, this is one of the smallest races I’ve done in the three years I’ve been running. And I love it.

It is one of three races I’ve run that focuses on female runners (See Jane Run and the Nike Women’s Marathon are the other two). The goal is to empower women of all sizes and backgrounds to just run. The “just run” part is hard enough. Getting out there is even tougher. Running in front of people is unfathomable for some people.

With all that said, this year’s Sirena 18 went well at the beginning, but kind of fell apart at the end for me. And you know what? That’s OK.

I was hot. The sun was beating down on me. I ran out of Gu at mile 15 (seriously!). I felt like I slowed to a crawl after blazing through the first 11 miles without any issues. And it’s all OK.

Because I went out and ran. 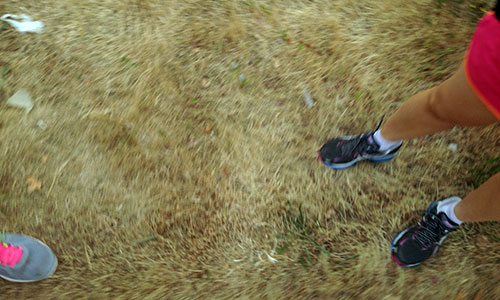 The day started out in kind of a daze. My 4:30 a.m. alarm got me up quickly. I was out the door by 5:20 a.m. for a round of pick ups of fellow runners in Mountain House. My husband decided last weekend that he wanted to head up to Colusa and see a friend this weekend. That left me by myself for this run, which was OK when my running buddy Sam offered to come with and bring her daughter to run the Mini Mermaid run.

We stopped by and picked up two more runners to head to Quarry Lakes Regional Recreation Area in Fremont.

We were there within an hour, maybe even 45 minutes. My race was the earliest one, starting at 7:30 a.m.

In retrospect, I probably spent too much time in the car hanging out and not enough time stretching and preparing. It was kind of cold outside. I wasn’t exactly in “race mode.” That would come back to haunt me later.

I went and grabbed my race bib in the Sirena 18’s one line. I was also given a pretty nice, though long, shirt. 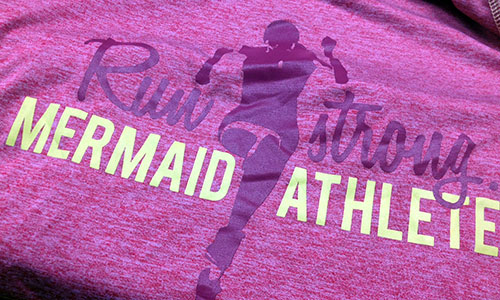 At 7:25 a.m., I lined up and met up with my friend Mimi, who was running her first Sirena 18. Mimi and I go way back to my beginning newspaper reporting days. She’s now a director for an influential organization in my hometown. I first met and interviewed her when she was in high school. I’m in awe of all she’s done since then.

I was pretty jazzed to see her.

The race started right on time with a small field, though more people than last year. It started all good.

Mile 2: 10:15 — Still in the park, moving along nicely. The sky is overcast. I’m worried a little because my skin burns more when it’s overcast. I wonder if I’ve put enough sunscreen on.

Mile 3: 10:19 — My first Gu for the day. My legs were starting to warm up. We hit the first out and back. I slow for the Gu and take down a little water with it.

Mile 5: 10:07 — The Gu starts to kick in. I feel amazing as we hit the bridge to take us to the longer of the two out-and-back routes.

Mile 7: 10:56 — Why am I so tired? At this point, we’re past the beginning of the park. Nowhere to go but out and back now. It’s a long way until the turnaround.

Mile 10: 10:48 — Gu is kicking in now. Feeling good. The turnaround for the longer out-and-back is within this mile. Only eight miles? I have this! (BTW, I may have been imagining it, but I thought someone said “and she runs!” right here. If that was someone out there who reads my blog, speak up!)

Mile 11: 12:13 — Or do I? I get through the first 11 miles in under two hours. It’s good, but I’m starting to really feel the heat here. In fact, it literally feels like someone just flipped a switch. Why? The first part of this section, we run facing away from the sun. On the way back, we run facing the sun. Suddenly it feels so much hotter. And I’m miserable.

Mile 15: 12:03 — The Gu kicked in. I feel better, but I’m still hot. And then I realize my toe hurts. My left IT band is also screaming at me. That’s what happens when you don’t stretch. I was really feeling it then.

Mile 16: 12:48 — Between the heat, my IT band and my toe, I was dying. But the bridge back into the park was coming up again. I was elated to see it. I just wanted to finish. I tried to go for another Gu only to realize I was all out. All out. Gone. No more Gu. Well, crap. One of my major mistakes last year was not taking the Gu at mile 16.

Mile 17: 12:08 — Picking it up back into the park. I grabbed a couple glasses of very watered-down Gatorade. It hardly tasted like Gatorade. If outside the park felt steamy, inside the park was like a furnace. Yikes. Everyone around me was commenting on how horrible it felt. We hit an area near the lake and it smelled like fish. I was ready for it to be over.

Mile 17.82: 10:04 — I was a little disappointed as I came into the finish, until I saw Sam’s daughter with a sign she made specifically for me. She was running into the finish area with me, yelling “Go Tara!” OK, you can’t be mad when you see that. Not at all. 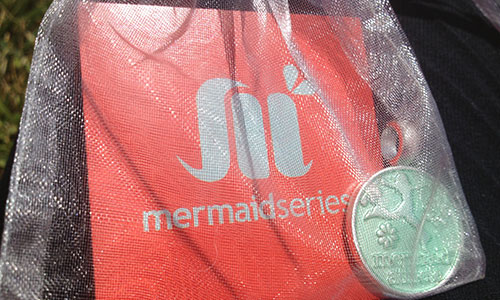 I was handed the charm the Mermaid Series awards participants with. I crossed the finish, grabbed a bottle of water and headed over to Sam. We sat for awhile talking before moving into a more shaded area. I needed to get out of the sun. I was so afraid of baking my skin and turning into a lobster.

Less than five minutes after I finished, I got a text message from the timing company with my official time: 3:22:54.

Even though the last seven miles were not my best, I beat last year’s time by nearly 10 minutes. That’s a good run. Again, I’m damn lucky to be able to run. I’m going to celebrate it.

I’m also going to celebrate Mimi a little too. I saw Mimi a couple times along the course. Each time, she looked cool, collected and serious. Mimi was determined.

I felt honored to cheer Mimi in when she came into the finish. I wish I still had my shoes on because I would have kept running along the chute next to her. I underestimated the thickets in the grass. But I took a cue from my friend’s daughter and started yelling her name the moment I saw her.

That’s Mimi. Mimi rocked it. I swear I’ve never seen a runner look so serene when she finished. She HAD this run. She OWNED this run. I have no doubt that when she runs a marathon, she’ll conquer it with as much determination as I saw her with out there during the Sirena 18.

One of the amazing things about the running community is that we all support each other. This is even more true at races put on with the intention of supporting female athletes. It’s women encouraging other women. Each woman’s name was said at the finish line. It’s a cheesy cliche, but it’s about “girl power.”

I was kind of on overload with all that support. Between a solid finish time (even though the last seven miles were a struggle), hanging out with my friend and her daughter (and heading out to Fremont with a car full of runners) and being able to cheer a friend on as she came into the finish, I felt proud to be a member of the running community.

I’m not sure even Mimi realizes how seeing her on the course pumped my spirits up, especially when I was struggling to keep lifting my feet. Just seeing someone you know and having them say “doing good” or “you got this” is an affirmation. It was a truly inspiring day for all of the reasons listed.

I’ll say it again: Runners choose this. We choose to endure the long runs, the long hours of workouts and the body pains. We push ourselves to go faster and longer. It makes us a little crazy, I’ll admit. But it also means we are incredibly fortunate.