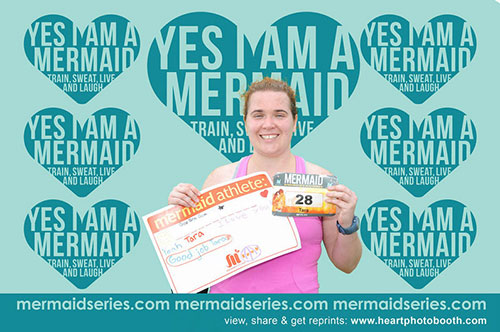 I’m working on my race report for the Mermaid Series Sirena 18 tonight, trying to keep on top of posts for the multiple races I’ll be doing in coming weeks. But I figured I would post a quick update about how it went.

The first 11 miles were great, averaging miles with the 10-minute mark in front of them. I felt really good until about the time I hit the turnaround with a picturesque view of Coyote Hills in the foreground, then I was running straight into the sun. And I felt it. Every single step of the way.

I had to re-read my race report from last year to realize this was a problem for me then too. Basically I melt when running into the sun. Or at least that’s what it felt like today.

My last seven miles were a struggle to keep in 12-minute range, many edging up, but not quite getting to 13.

I felt like I could have performed a lot better in those last seven miles. But I’m really proud of how I did. I took nearly 10 minutes off my time from last year. I had fun. I felt like it went by a lot faster, because it did. And I felt like I knew I could do it from the get go.

So I’m not upset. Just a little disappointed that those last seven miles weren’t as good as the first 11. But getting in 11 miles in under two hours is impressive for me, not matter how I feel about the whole race right now.

I’m proud. And that’s probably the biggest difference between me as runner now and me as a runner a year ago: These things are no longer disappointments. They are just part of the journey.