Overhydrating on a rest day 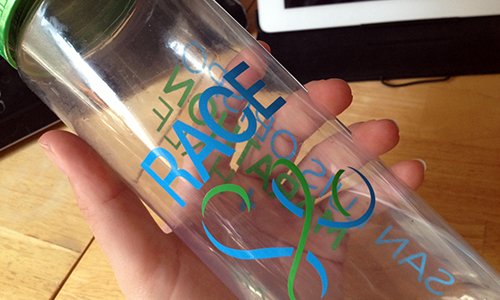 The 100-degree temperatures usually don’t keep me down, but today I mandated a rest day for myself. In the past seven days, I’ve run 40 miles. Yesterday, my three-mile run was more painful than it was fun.

I figured, then, it was time for a rest day. So today there was no run, despite my legs feeling better. Instead, I spent all day working and hydrating.

At 11 a.m., I had already gone through two bottles full of water. Since then, I’ve probably taken down six more. Temperatures reached 101 today. We still have multiple more days in the three-digit zone before this heat wave breaks.

There is a limit in how much water you can drink before it makes you feel a little off. Had I of run today, I likely wouldn’t be feeling as “ugh” as I am right now. Here’s proof that as much as hydration is important, it’s also something to watch as to not overdo it.