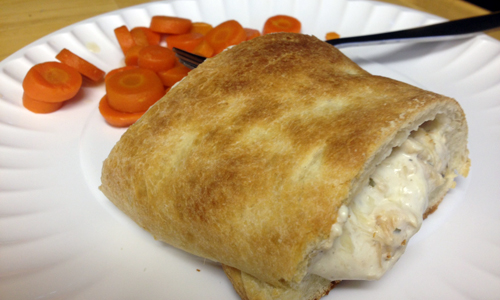 I’m trying to really make better choices since my gallbladder removal, especially when it comes to consumption of many of my favorite foods. One that I love more than anything else? Cheese.

Cheese is always one of the things I told to consider cutting out completely.

The problem is that my husband can eat whatever he wants to. But I’m the one who cooks. So I have to make things for dinner that we both like.

As I was recuperating from surgery, I spent a lot of time on Pinterest. I don’t think I ever let my iPad go unless I was sleeping, which happened quite often as well. It was there I came across a recipe for a rolled chicken-bake like creation.

If you live near a Costco, you know the allure of a chicken bake. My husband loves them. I forgot to pin it, though, after I found it. So I tried to recreate it from memory, but with some low fat and fat free substitutes. 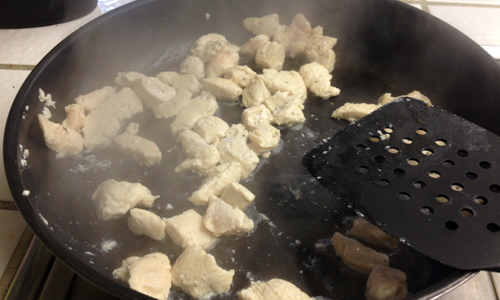 1. Start by frying the chicken with a fat free cooking oil. Add 1/4 of the ranch mix for seasoning. Move the chicken off the stove, let cool down. 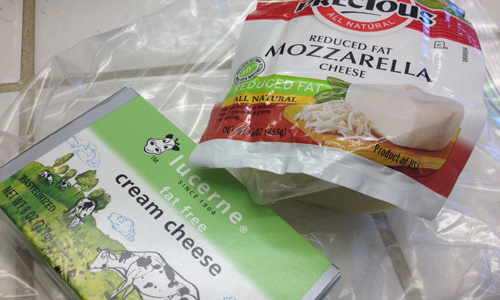 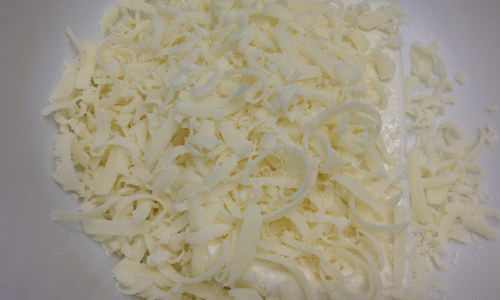 2. Put the cream cheese and mozzarella into a bowl, mix in with 1/2 pack of the ranch dry mix. Set aside. Preheat oven at 400 degrees. 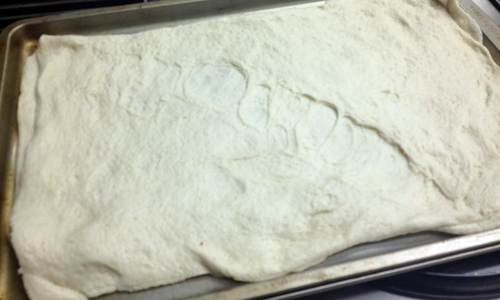 4. Mix the chicken into the cream cheese and mozzarella.

5. Spread the chicken mixture along the center of the dough. 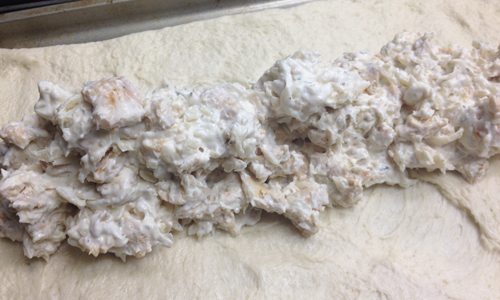 7. Put roll in the oven for 20 minutes (this may change depending on the oven, my oven runs hot so it didn’t take 20 minutes). 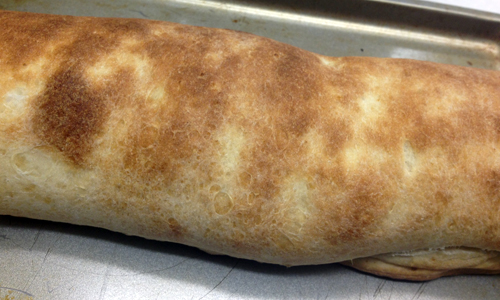 8. Let cool. Cut in slices and serve. The ends will likely be a little more bulked up, so you can either cut the loaf in half and split the two separate  pieces or cut in smaller slices, serving the two end pieces a little larger than the rest.

The verdict? My husband loved it. He’s planning on taking the rest of it to work tomorrow for lunch.

Plus, he didn’t really notice the difference in taste from regular to low fat.

I have a great recipe for homemade pizza crust that I have from a recipe book from one of our favorite wineries, I’m hoping to try it with as well. I think next time I won’t put so much of the dry ranch dressing into the cream cheese mixture (which is why I said only about 1/2 the packet), so that it doesn’t taste as “ranchy” as I thought it did.

I don’t know exact calories, but I know it doesn’t taste as dense as the Costco chicken bakes. In fact, it actually isn’t all that bad on my newly sensitive stomach.