Jumping on the color-covered bandwagon 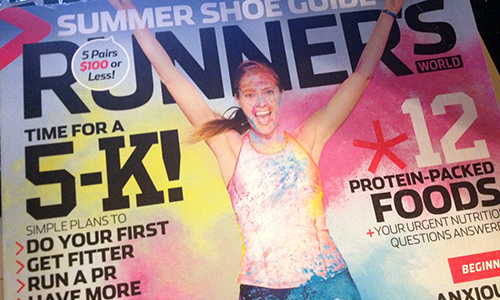 More than a year ago, I swore off the 5K distance. It’s not that I don’t have a love for 3.1 miles. I ran a lot of 5Ks in my training to run my first 10K in 2010. I nursed those 5Ks to that 10K finish, believe me. But I realized midday through 2012 there was no way I could run a fast 5K if all my training planes literally had my legs coming alive at mile five.

I sound like a pretentious runner. I’m really not. I just kind of gave up on the 5K and 10K being “my distance.”

And we all have a distance we claim as our own. For me, it’s the half marathon. Two years ago I never thought I’d say that. But in the past seven months, I’ve learned to master the 13.1 and make it my own.

So when my running buddies asked me to do a “color run” with them, I initially said no. Color runs are the new mud runs, you know. Everybody is doing them. But not me. No thanks.

I think my resistance lasted for about four weeks before my friend Sam sent me a Groupon deal for the July 6 “Run or Dye” event in San Francisco. It was at a really low price, one that might make me budge. Finally, I did. I actually opted to do a 5K color run over a six-hour endurance run. At least I’ll be done quickly, I told myself.

I’m not even sure what I’m getting myself into.

I’ve heard a mix of good and bad going into these runs. This one is untimed. I’m not even taking my Garmin. I am, however, taking an accessory that doesn’t usually make it into my running ensemble. 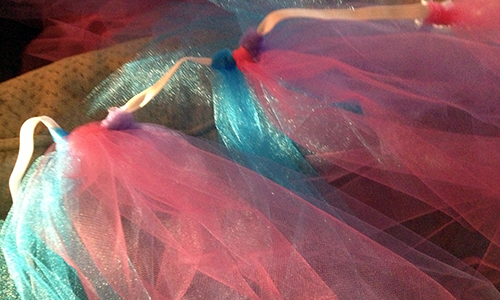 Yes. A tutu has been made.

It’s fitting that my June issue of Runner’s World magazine has a runner on the front getting splashed with corn starch-colors on all sides. It lists color-themed runs with zombie runs, foam runs and neon-light runs as a way to “have fun” for a 5K.

After months of serious racing (two marathons in a three-month period and a bunch of other distance races), I’m kind of looking forward to finding my fun again in a less serious run.

So I’ll be heading out Saturday morning with my running buddies and their children to San Francisco.

I had to buy a white shirt. Because I apparently don’t own any I can thrash. Though I’m told that the colors all wash off. 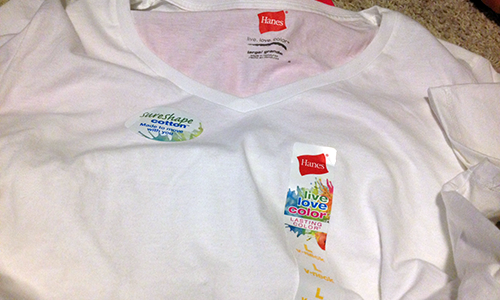 I kind of find it ironic that it says “live love color” and “lasting color” on the shirt when I intend to make it very, very colorful. I also found a pair of hot pink tights to wear, though on second thought I’m not sure if I really will. 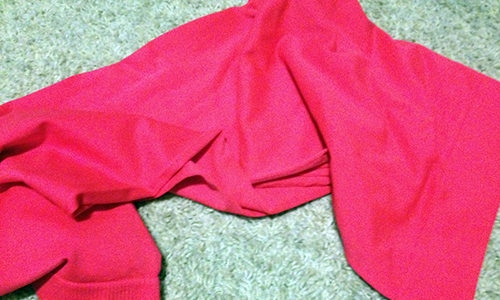 I may not be digging the brightness on race morning.

I’ll also grab an older pair of my running shoes. I don’t plan on “running” this race at all. Instead, I plan on kind of slogging (slow+jogging=slogging) through it for fun.

Since this sort of race doesn’t put focus on the time, it will be easy to relax and slow down a little. The last time I didn’t focus on a race time was during a mud run a couple years ago. In that case, I couldn’t. I was stuck behind a line of people in a mud pit for about 20 minutes. My time for the 5K was somewhere around 54 minutes when I finished.

This run doesn’t include obstacles, which I’m actually rather thankful for. My core still hasn’t recovered since my January gallbladder removal. (It should be by now, but I’ve been really unmotivated to push myself in that area. I have even less motivation to bring my once-broken arm back to the form it was in, strength wise, when it broke.)

In any case, I’ll get to fulfill my only-recently discovered dream of wearing a tutu while I run. It’s not really a dream. I’ve just never figured it would be practical to do so. I mean, it will likely itch. 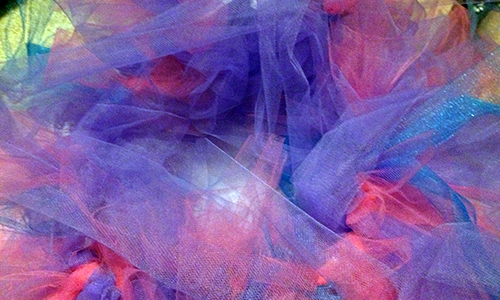 Doesn’t it look so much prettier finished? Maybe not. I think it kind of looks like a 1980s wedding favor. Long live Tulle.

I’m actually kind of nervous about how this is all going to go. I think once you’ve towed the line at a couple marathons, running takes on a different feel. As in: Can I approach a race without that competitive need to beat myself? 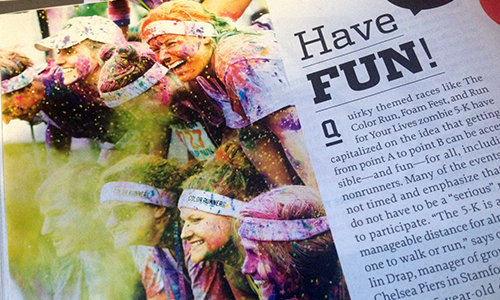 Or can I run a race with friends and not feel naked without my Garmin? Will I feel as if I still have a long way to go after I hit the three-mile mark?

I guess I’m going to find out.