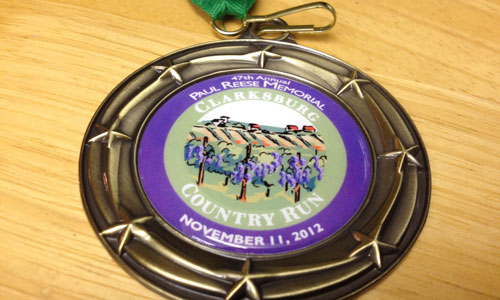 I woke up this morning annoyed for many reasons.

After CIM, I decided to take a week off of running. I need a reprieve. I needed some “me” time. I was then reminded why I run a marathon at the beginning of December: So that I feel as if I can eat, drink and be merry the rest of the month.

The problem is that in the past four days I’ve developed the cold from hell. I have a serious case of post-nasal drip that’s making it hard to talk, let alone do anything else.

So I kind of can’t run. I tried. I started and suddenly felt like my head was being held underwater.

I’ll admit, I’m the type who, when my husband is sick, tells him to “Suck it up, Buttercup” and get moving.’ Then I realize how close to death I feel when I’m sick. I need a nap, right now.

So I’m frustrated and more than just a little annoyed.

As I was throwing myself together this morning, staring wantonly at my running shoes, I realized what an idiot I was for being frustrated by something as simple as a cold. Really now. Nice realization braniac. And it took me awhile, really.

But more than that, I have a lot of reasons to “get over” a lot of what’s happening in my life right now. (Some will call this progress.)

Because I am also very fortunate.

Fortunate, for starters, that the nice folks in Clarksburg sent me my medal from the November run. Fortunate that they included a $5 coupon off the race next year. Fortunate because I ran 20 miles that day and, unlike today, didn’t feel like my head was underwater.

I’m also fortunate that, despite feeling like death, I haven’t gained all that much weight lately. 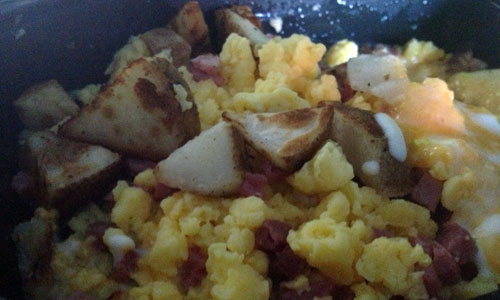 Thanks for that pathetic Weight Watchers meal. I appreciate you keeping my butt flat.

But my biggest realization came when I walked out into my garage and realized that I had a pretty ridiculous decision to make today. I had to decide which car I was going to drive.

In October, my husband and I bought a new car.

We didn’t know what would happen the following week, a la Tara freak out, but we signed the papers and got the keys to put ourselves $22,000 in the hole.

My first thought as I tried to figure out how much sick time I had from work was that we’d have to return the car. Except you can’t really take a car back. My husband, though, has assured me that we can afford it. (Go us for being fiscally responsible!)

The deal was, however, that if we bought a new car, especially a Jeep, I wouldn’t have to get rid of my 10-year old Camaro, which was giving us lots of money worth of trouble. This year alone it cost me $3,000 in fixes. Plus, I need a new set of $800 tires. And new breaks. And the windows don’t roll down. And it needs a tune up.

There’s also some weird electrical thing wrong with it that means the stereo regularly turns itself off. Let’s be real, it might be haunted. A poltergeist, perhaps.

But it still runs. It just requires a little babying. And an AAA membership.

So every couple weeks I pull it out of the garage and take it out.

Why did I keep it, you’re wondering, if it has so many problems. The answer is complicated. But it’s also simple: She’s my baby.

My Camaro was the first car that was actually “mine.” I can account for every mile and milestone. My car went with me on internships to Colorado and Texas. It braved the Oakland streets, with a Club, the two years I was there. It’s very much part of who I am.  Even at 10 years old, it’s still a beauty. The only damage to it, outside of knicks where the rocks hit me on the freeway, is a slightly bent side panel from when I sideswiped a pole at five miles per hour. (Yes. That happened. Shows me for not letting the valet park my car at University of California, Berkeley. And yes, UC Berkeley has valets, it’s still weird to me too.) 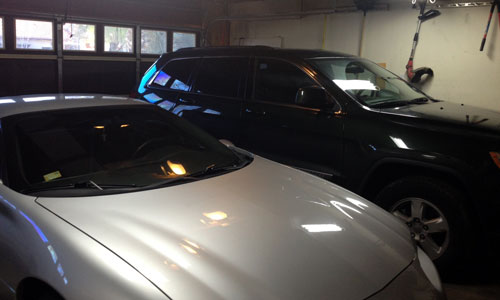 Who lets an 18-year-old buy a Camaro? My parents. Because they rock. And I was spending through my part-time job money faster than I could make it. The car meant responsibility.

My mom and I looked at Pontiac Grand-Ams. We checked out Dodge Neons. We also went and looked at Chevrolet Cavaliers in the beginning. Then they decided I could have my “dream car.”

My friends are all buying their dream cars now. I driven mine for 10 years.

So when we needed a new car, I realized I didn’t want a new Camaro as much as I thought. I wanted MY Camaro. Because it has history. Because my parents trusted me with a V6 sports car as a teenager. Because I’ve taken good care of it. I cried when my husband mentioned selling it. I know that sounds horribly cheesy, but I did.

Then we bought a Jeep. It’s definitely not a Camaro, but it’s something my husband and I both agreed on. (Once, when I was in high school, I drove this red 1988 Jeep Cherokee to school. It smelled like gas all the time and shook violently when we tried to take it over 60-miles-per hour on the freeway.)

I’m actually learning to enjoy it.

But I’m damn fortunate too.

Tags: car, cold, sick, weather
From: Other
← Battling the elements at California International Marathon: Part II
In my mailbox →