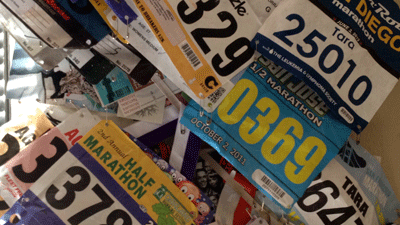 Today is Independence Day. It’s a day when the country celebrates the freedom granted to those living in the United States. It’s also a requisite day off for most people, myself included.

But I’m not running today. I did an eight miler on Tuesday and am preparing for a six-hour endurance run this weekend. I’m thinking less time on my legs would be good. But I want to run. I really do.

Because something changed a couple weeks ago.

I was heading out to Mountain House for a run with Jennie and kind of running behind. I grabbed my water bottle and headed out the door. I was less than a mile from the park when I looked down and realized I forgot my Garmin.

This can’t be good.

I’ve run races upon races, ever since my first half marathon, with my Garmin. Every outdoor run I do, it comes with me.

I nearly called Jennie and cancelled. I didn’t know how we’d run without knowing how far along on our six miler we were. But I decided we’d figure something out. I did text her to warn her.

She was right. I knew the route. In fact, I made I route. We weave through one area where the houses are still being built, then we hit the community’s perimeter. I don’t know the exact locations of the mile markers, but I know approximations.

So we set off and just started running. I was anticipating the same leg aches I’ve been getting recently, specifically tightening of my calves. We got nearly a mile in and a pace that was comfortable, but not fast. No pain.

We kept running, picking up speed here and there. We chatted and ran. It was breezy afternoon.

And I suddenly felt so free.

Six miles later, the sun was setting and instead of paying attention to my Garmin I was paying attention to what a nice day it was. There’s something to be said about running just to run. On that day, it didn’t matter how long we took or what our splits were, we just ran. It felt amazing.

I’ve picked my Garmin back up several times since then, but I’ve maintained the same kind of feeling. I don’t know if it’s the new shoes (though those are amazing too, enough I may buy a new pair to horde this weekend because East Bay has a sale), or something else, but I’m a different runner. 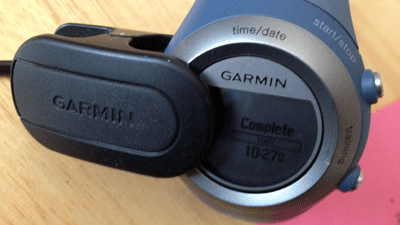 So I’m leaving my Garmin home a little more now. It sits on my desk at 100 percent charged.

And I’m adding up a higher mileage count too. Last week I ran 38.5 miles. That’s the highest number I’ve ever run in a week. It felt amazing. I logged a total of 117 miles for June, including the not-so-great marathon.

So today I’m celebrating a little. By not running. But also by knowing that I’ve had the two best running weeks I’ve had in six or seven months in recent weeks.

Tags: Garmin 405CX, running, timing
From: The Long Run, Training
← About that heat
Prepping for a long run →