Issues of the core 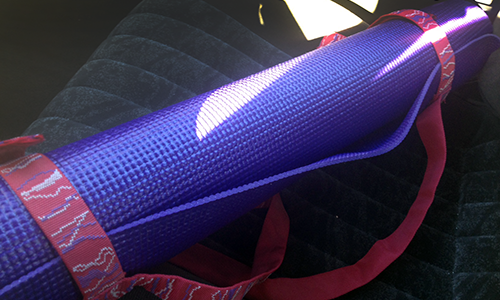 I once thought of 2012 as “year of the distance.” I did two marathons in 2012. I ran even more half marathons. I trained hard. I worked harder. I pushed and pushed. And I ended up in a place physically and mentally I didn’t want to be in.

All of that action in 2012 meant that my body was overtaxed come Jan. 1 when a gallbladder attack landed me in the hospital begging for pain medication. The doctor that day didn’t know what to do. This episode was my third time in three years in the emergency room for this pain. I felt like my abdomen was exploding. I was projectile vomiting. My husband felt my head on the less-than-a-mile drive to the hospital. I was burning up.

Four hours later I was dosed up on Dilaudid, because Morphine makes me feel like I’m on fire, and sent home. After months off of work in late 2012, I made the dumb decision to go to work and tough it out.

I spent the entire week in pain. The sharp side soreness stayed with me for the entire week. I was throwing up my breakfast every morning. I was trying to get an appointment with my then general practitioner. But with New Year’s and everything else, the pain just got worse. Seven days later, I woke up in the middle of the night and tried everything I could to make the pain go away. At 3 a.m. I collapsed on the stairs.

By 9 a.m. I was being wheeled into an unexpected surgery to remove my gallbladder.

I spent all of January and much of February recovering. In the process, I noticed something right off: My core was not bouncing back as quickly as I would have liked. I just kept feeling, more and more, like I got kicked in the stomach.

Then in March, right when I was starting to do some core work and build my midsection strength back up, I fell and broke my arm.

Needless to say, any exercise that involved my arms was out.

I kept feeling “pressure pain” when I applied any sort of force to my left arm. I’d catch myself pulling back if I tried to lift something too quickly. All  this time, my core was losing every bit of strength I had built up in three years of running.

Since June, I’ve noticed a significant impact on my running ability due to my core issue. I also realized that I had let the problem go for so long that I was lacking motivation to actually do something about it. That’s when I started asking my friends if they had suggestions.

It’s good for the body, mind and soul, she told me. That’s kind of a win-win, because I’m in need of healing, even after all this time, from the damage I did to myself in 2012. So I made the first step to regaining my core official when I purchased a Groupon deal for a 20 drop-in sessions at a yoga studio in my city, right on the edge of town. 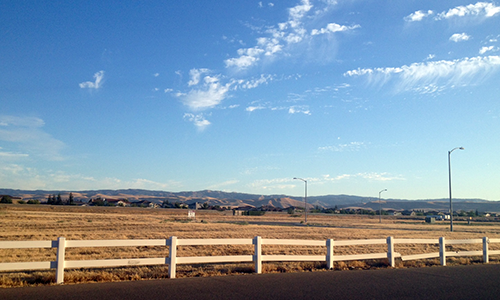 This is the view from the parking lot. It kind of invokes the calmness I was going for.

I stepped into a yoga studio for the first time in more than six years last week. I was pleasantly surprised with my performance. I’m not nearly as agile as many of the other students, but I held my own.

I’ll admit that it hurt. I was afraid my muscles were going to lock up  and then cramp up at a couple points during the hour-long class. I slipped a little on my yoga mat, which I’ve actually owned since 2006 when I did an internship in Colorado and took a couple yoga classes there (because I got to do yoga at a place called Garden of the Gods and you can’t go wrong with those views either).

I’m not calling this move a success just yet, but I did feel better about my core after the first time. I was able to balance myself well. I didn’t fall flat on my face. I struggled, but for a beginner I felt like I gave it my best. And, according to my yoga instructor, that’s what it is about.

Tags: cross training, vinyasa yoga, yoga
From: Cross training, Gear, Making better choices, Other
← Color Me Rad: The brighter 5K (discount code included!)
Not knowing what to expect from the next 13.1 →