‘I broke my butt’ 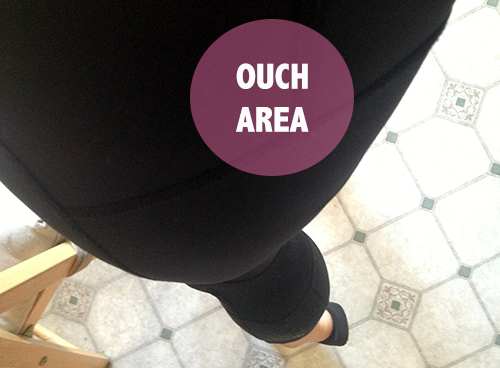 For the longest time, my left IT band has been really cranky. This weekend, it became full-on mad. Not just mad. It’s pissed off. And it’s letting me know.

I can’t blame it, really. I have run four races in a six-week period. I’m kind of asking for it. But I’m supposed to run the San Francisco Marathon this weekend. The full 26.2. And now, after pushing myself to a 2:16:41 PR in the half marathon (which I still haven’t written about but absolutely need to this week), I may have done more damage than I should have.

When I finished the See Jane Run Half Marathon on Saturday, my leg hurt, but the knot wasn’t horrible. I was limping, slightly, though.

So I decided to rub it out.

And roll it out. 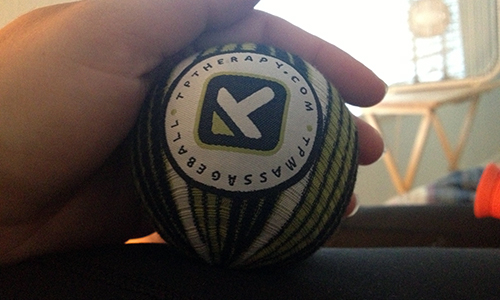 I spent a chunk of Saturday night doing a hard-core rub on my left thigh. Except I may have worked a little too hard to get the knot out. Because now I’m in even more pain than I was on Saturday.

I’m even kind of waiting for a bruise to develop. It hurts that bad.

My running buddies are doing a six-mile jaunt tomorrow at 6 a.m. I sent a text message saying I couldn’t come.

I can’t even sit in my office chair, so I’ve spent all day working on my freelance assignments on my couch, where I can adjust pillows underneath my thigh. I also made a mid-day trip to my local drug store to get some pain relievers.

Or at least I’m hoping they are pain relievers. 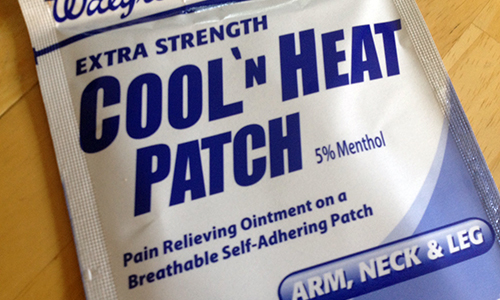 I’ve had one of these patches on for a couple hours now. I’m not feeling any immediate relief.

But I really, really did some damage to my thigh muscles…so should I be feeling better? Probably now. I kind of just feel like I got kicked. It reminds me of a soccer injury from when I was in high school.

A little bit ago, I switched to a gel treatment. 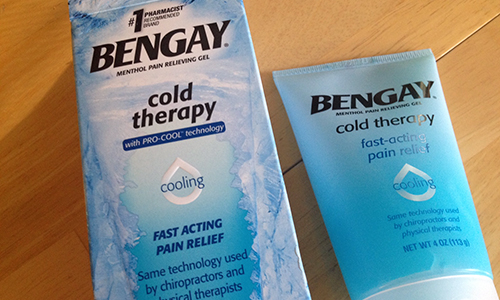 And….that’s not helping much either.

I’m a bit bummed about this. I’ll be more bummed if this isn’t just a temporary bruising and a bit of abuse on my part. I hope it’s not something much more serious.

But I’m taking it a day at a time. San Francisco Marathon packet pickup is this Friday, or at least that’s when I’m going. I just really, really want to run the marathon.

I’m trying to make the best of it with a little champagne that was in my refrigerator in my awesome See Jane Run glass. 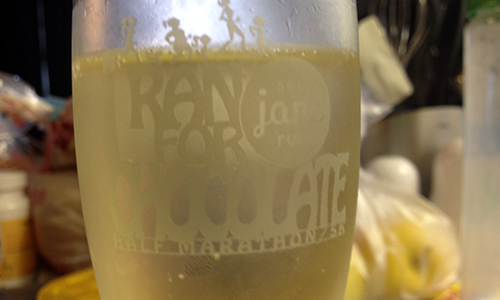 The good news is that I have a solid PR in the half. I also have a very recent 12-minute PR in the marathon from April. So even if this weekend doesn’t go as planned, there’s always the next (which is the Half Moon Bay International Marathon).

Still…I’d hate to have the price of the marathon and my chance at the “52 Club” go down just because I got a little too aggressive with the therapy ball.