Getting through the post-operative fog 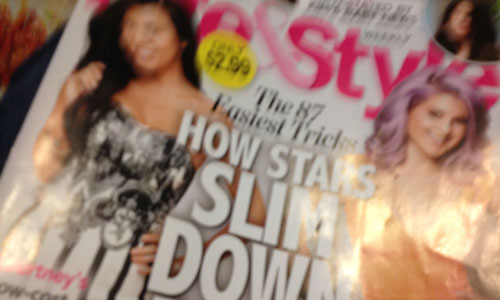 I’ve been doing something fancy Google searching only to find out about all the post-operative side effects that come along with having general anesthesia.

Because this isn’t pain induced. I’m kind of past the pain today. Or at least I haven’t been taking my medications that leave me even more tired and loopy than I am right now. Though this morning was pretty epic when I congratulated myself for finally being able to wear real clothes (hello jeans! hello actual shirt!), then promptly fell asleep on my couch for what is like the umpteenth time.

The good news is that I’ve been able to wear real clothes all day without pain.

The bad news is that I’m still suffering the side effects of being put under, much worse than the last time I had surgery in 2010.

I stand up and have dizzy spells. I can’t stay awake for more than four or five hours at a time. Then, for some reason, it takes me forever to fall asleep. Then I’m stuck in this great semi-somnia where I feel awake and can sense everything around me, but feel kind of paralyzed. Weird stuff is going on up in this body.

It may surprise then that when I woke up this morning I said “oh hey, maybe since I’m not in horrible pain anymore, I can actually run on the treadmill.” Then I stood up and realized the room was spinning. And my ears were doing this weird throbbing thing.

I’m pretty sure I’d be a disaster in my running shoes right now.

But I can’t help but feel a great need to get back to running as soon as possible. I haven’t even sent an email to the race director of the upcoming race because I keep thinking that maybe, just maybe, I can run the 10K. It will be alright, yes? 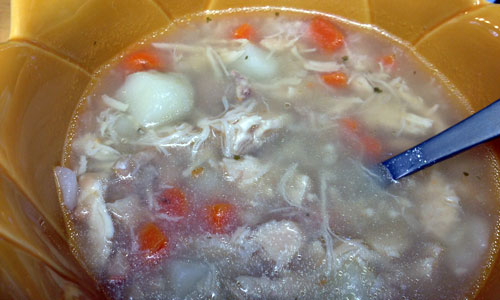 But I’m taking down a lot of soup. My mother in law made the bowl above. She actually made enough for two, but I made my husband eat his fatty chicken strips from the night before. (That’s what he gets for eating in front of me. The chicken smelled so good I wanted to grab the strip right from his hand.)

Since I can’t drive until I am done with my pain pills, I asked him if he could take me to the store yesterday. I had to throw away most of what was in our pantry because it’s not exactly considering healthy or low fat by any means.

He gave me this look that bordered between sympathy and annoyance.

But he took me. Since I had a $10 off $50 coupon at Winco, he went there. Speaking of coupons, when I got to the register the clerk nearly freaked out when she saw I had about 10 other coupons to use.

She actually said “Oh Lord!” like I was one of those crazy coupon ladies who was going to get my grocery bill down to $1.50 or something like that. Yeah, we only saved $14.40.

We spent an hour in the store, picking up lots of fruits and vegetables (my snack staples). We also grabbed chicken and pork chops, to supplement the ground beef and stew meat we already have. We made a pact: no grocery shopping for two weeks. Instead, we need to eat everything in our pantry and refrigerator. The only thing I’d buy is fruits. Those seem to go pretty quickly.

My husband and I haven’t shopped together in a long time. The last time was probably before I started working two jobs. It was nice, if only because I’m not supposed to push the cart.

But the fog followed me to the store too, where the lights seemed to be screaming at me. I nearly fell over a couple times. If it hadn’t been for the shopping cart, I probably would have fallen in an aisle and had cans all over me.

Our mission to get low-fat and non-fat foods was a success, though.

We came home with a lot of good food and a meal plan.

So as much as I think I’m feeling better, I’m still realizing that this whole gallbladder episode was bigger than even I could imagine. I still have sterile-strips across the four holes in my abdomen. I’m supposed to wait until they “fall off” in the shower. I’m also supposed to call Monday and make a follow-up appointment with my surgeon to make sure everything is healing okay.

And yet, all I can think about is putting my Nikes back on and hitting the road.